No, that title is not a speeling mincesteak, it is a witty reference to a run I did on the Isle of Bute (Scotland).

Bute is a small island directly West of Glasgow, it’s a 35 minute ferry journey from Wemyss Bay (near Greenock). The island is 15 miles long (North to South) and about 4 miles wide. It is just North of Arran – the island where they make jumpers…

I spent the first 17 years of my life on Bute, and the majority of that time I thought there wasn’t much to do around the place. My teenage years were wiled away walking round and round the two blocks of shops/houses that make up the main town/port, Rothesay.

Anyway, once or twice a year I go back there to visit family, and a few years ago I noticed they had opened the ‘West Island Way’ – Scotland’s first waymarked long distance island footpath.

It is a 30 mile route starting at the south of the island and meandering it’s way north to near the northern tip and then back along the coast to around the mid point. Last year I ran a few miles of it, close to where it starts in the South and it was pretty nice.

This time around I decided to do a bit further – I had planned to do the whole thing, but time constraints got in the way. I drove out to the end point (Port Bannatyne) and did a 13-14 mile loop, which is basically the second half of it.

It starts along a road heading out to Ettrick Bay before joining a dedicated walkers pathway that runs adjacent to the road (little or no traffic). On getting close to Ettrick Bay the route turn right (north) to head up towards a couple of farms. this is a tarmac single track road for a bit before becoming a landrover track. At around the 4 mile point you pass a far and head out onto a vague footpath. 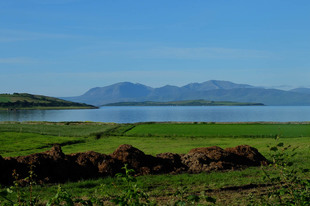 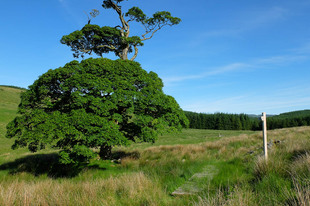 Luckily there are waymarkings, so it became a point to point kind of effort (in wet tussocky grass), but crossing this ground you head up the other side of the valley/glen and into a forested area with another dirt track. This track is followed for a couple of miles taking you towards the northern tip of the route before turning back south. At this point I came to a T junction in the dirt track and the waymarkings told me to go right – 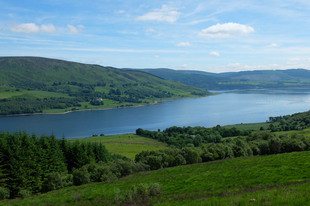 what I didn’t know was that instead of the expected drop down to the road near Rhubodach (where you can catch a small ferry across the 200 metre straight to Colintrive) and back along the 4 easy miles of coast road, the route had been changed a few years ago to go up and over a number of hills and in fact the highest point on Bute (apparent people found the 4 easy miles coast road too boring).

So from his T junction the track climbs gradually for a mile or two until you come out of the forested area and onto the hill side. Amazing view of the ‘Kyles of Bute’ and across to the mainland. The terrain here gets a little tougher again – tussocky grass – and it turns into a point to point with following the waymarkings. It’s not high, or steep, but just not that runnable either. It was a run/walk strategy that I adopted here. 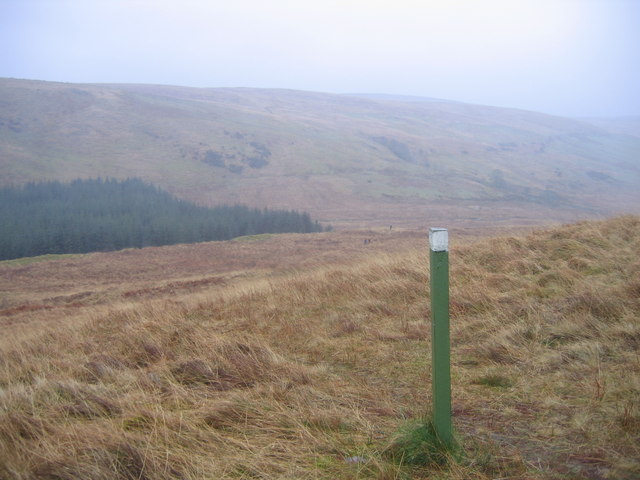 After reaching the top of the aptly named ‘Windy Hill’ the route heads off he hills and back towards the coast – running again, this takes you easily down to some farm land and eventually a dirt road that drops steeply to the coast road. The last mile or so is along this coast road back into Port Bannatyne.

All in all it was a great day out – about 2.5 hours covering around 13-14 miles and showing me parts of where I lived for so long without seeing

I think I’ll be trying the full route next time around. I just hope I get one of the two days per year that the island gets any kind of reasonable weather.