This weekend was a long run in training for the Thames Path 100. I had planned to do around 45 to 50 miles and I wanted to recce the section of the race from Reading to Oxford.
I’ve run the Marlow to Reading section a few times and as I should be getting to Reading towards night time during the race, a little prior knowledge of where I should be going would be helpful.

On Saturday I stashed some water a couple of gels and some food around the Moulsford area which is about 14 miles in – there are plenty of taps at the various locks along the river but I wanted to err on the side of caution.

Anyway, a 6:30am start saw me get to Reading Station Car Park just before 8am where I was meeting Paul Ali. Paul is a great guy that I met at the Endure24 event last year, he has a great ultra running pedigree having done the GUCR a couple of time already and an incredible year planned including GURC again, Thames Ring and Spartathlon !! Paul also edits a FREE quarterly ultra running magazine at http://ultratales.wordpress.com/

So, onto the run…

We started of from Reading Station and headed onto the Thames Path, the first 4 or 5 miles I was familiar with having run this area at lunchtimes fairly frequently. We got to Mapledurham lock without any problems and just one small detour through knee high waterlogged ditches on the next section to Whitchurch.
The next section to the railway bridge underpass was okay, but from there the next mile into Goring was wading knee deep along the flooded towpath – not much fun, but we trudge on. 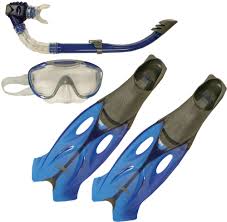 We got to Goring/Streatley (about 12 miles) in a couple of hours, but it seemed to have flown by with Pauls stories of getting started in ultra running and all the sage advice he imparted.
Paul turned around at this point and headed back home – I on the other hand got immediately lost ‘navigationally misplaced’. I tried to rejoin the path but it would have been folly as I didn’t have my snorkel and flippers, so I headed onto the road, followed it a bit and then took a footpath back down to the Thames Path – which brought me to the exact place Paul had left me…

This next section from Streatley to Moulsford was a little hairy – there are no pavements there and it was a pretty foggy morning, but I managed it without being run over, and headed back down to the river to find the water and gels I’d stashed – all intact – yay !!

I followed the A329 now, past Cholsey and Winterbrook to Wallingford taking a couple of excursions down to the river on the way, but it was still completely flooded.
Wallingford to Shillingford is a bit of blur, but just afterwards I got off the busy A4074, onto the Henley Road into Dorchester. Here I stopped in a layby and changed my socks (it was pretty clear I wouldn’t be spending much more time by the river, so dry, clean socks seemed a good idea. I was not around 4.5 hours in so eat some real food (Jam sarnies, peaches and flapjack) as I had been mostly necking gels so far. I was considering just following the main road to Oxford as the ‘recce’ wasn’t turning out to give me much info about the route of the path, but as it’s rare to get a day to myself I decided to persevere and follow the route as best I could on roads..
After Dorchester the next hour was sent along the A415 Abingdon road, not the greatest views, I must say, but it took me down into Abingdon where there were shops…
For some reason, as I came into the town, I tried to join the Thames Path – luckily it was flooded there also, as I had very little water left and still around 7 miles to go – anyway this took me through the town where I bought some water and some crisps.

This was about 33 miles now, in 6.5 hours and I estimated only 10K remaining. On a good day I can do 10K in around 40 minutes, today it took me 1:40. I plodded through a residential area towards Radley and then a long undulating section through Kennington down into South Oxford. I should have tried to rejoin the river here, but was a bit disorientated and ended up following the cycle route 7 to the town centre – taking me over the bridge and past the sports centre that marks the end of the race.

Oxford to Reading – £8.50 and 30 minutes on CrossCountry trains…

Here’s the route and a link to the metrics / tracking: